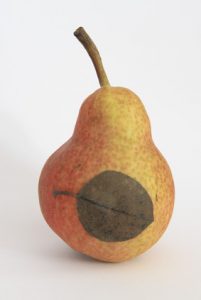 Various people have been asking about the low-histamine diet. Unfortunately, there’s a lot of contradictory information on the web –  I’ve seen the same foods on a “do not eat” list on one site and a “totally ok” list on others; googling can send you quietly mad.  So I thought I’d share some info, based on my own reading and experience.

NB: This blog is not a substitute for professional medical services. Consult a competent professional on health matters.

What is histamine?
Histamine has many useful functions in the body.  It is released from mast cells as part of a normal immune system response.  When someone has an allergy, e.g. to pollen, it is released in response to a normally harmless substance, causing unpleasant symptoms – hence ‘anti-histamine’ pills.  Histamine also occurs in foods to varying degrees.  Some foods are naturally high in histamine, such as tomatoes.  Others are high because of the way they have been produced.  Ageing, preserving, smoking, fermenting, pickling and processing all increase the histamine content of food, so for example blue cheese, smoked fish, sauerkraut, alcohol and tinned food are all high.  Some foods, additives and medications aren’t high in themselves, but are “histamine liberators” (encourage the body to release histamine) and some are “enzyme blockers” – i.e. reduce the body’s normal capacity to get rid of histamine.
In most people, histamine gets rapidly broken down by enzymes: DAO (histamine in the gut) and MAO-b and HNMT (intra-cellular histamine).  But people with low activity in these enzymes can end up with an imbalance – too much accumulated histamine, and not enough capacity for metabolising it.
Too much histamine can cause various symptoms including headaches, diarrhoea, asthma, runny nose and arrhythmia, plus a whole range of skin symptoms.  Often these symptoms are attributed to food allergies or intolerances which then prove frustratingly hard to manage.  The really interesting thing in my case was that reducing histamine levels reduced my sensitivity to an entirely separate and specific trigger – i.e. light.  I’ve also become less sensitive to other things that used to make me ill, such as dust and certain foods.

Low-histamine diet
Unlike most diets, this one has two elements:
1 What foods to eat – the best list I found is on the Swiss Community of Interest for Histamine Intolerance site
2 How food should be prepared and stored – the best guide to this aspect is a little book called “What HIT me? Living with histamine intolerance” by Genny Masterman.  It’s really worth investing in.  It contains lots of accessible scientific background; plus key tips for managing the diet, including “Learn to cook” and “Your fridge/freezer is your friend!”  Because yes… when you can’t open a tin of beans, snack on a packet of crisps or get a ready meal out of the freezer, you really do have to get cooking…!
I still have flashbacks to my early months on an extremely strict version of the diet.  They seemed to consist mostly of standing amid perpetual clouds of water vapour in the gloom of a blind-screened kitchen as I boiled frozen sweetcorn and steamed frozen fish.
But it’s all been worth it.  And as I’ve got better, I’ve been able to allow myself more leeway.  I eat chocolate now and again.  I’ve even experimented with low-histamine wine, available from a company in Austria called Eller Finest Selections.  (There seems to be much more awareness of histamine intolerance in Germany, Austria and Switzerland compared to the Anglosphere.)
The wine tasted pretty much like normal wine.  I went pink in the face, waved my arms about and started talking very fast about politics.  So one concludes that the effects are pretty normal too.

Here’s how the miracle happened. It’s such a totally cool miracle, it’s got scientific references…(see end of post) 1. J, wife of friend and newly trained nutritional therapist, persuades sceptical, grumpy Anna (who is pretty ill at this point) to write out a detailed medical history, describe all the treatments she’s tried, muster the results of… END_OF_DOCUMENT_TOKEN_TO_BE_REPLACED