I am delighted to publish this guest post from A. in the USA. She lived in total darkness too, and has found her way out. 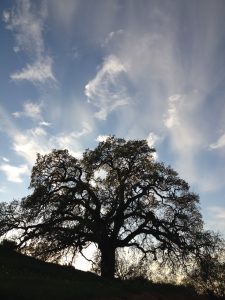 rney back into the light also started with a friend called J. I was at my lowest point in my health problems and the closest I have ever been to giving up hope, when my friend told me about a radio interview she’d heard with a woman named Anna Lyndsey, whose situation sounded awfully similar to mine.

My descent into darkness started when I was diagnosed with Lyme Disease in 2003. I took a 3-day course of the antibiotic Zithromax for a diagnostic test, and a week later was burned very badly on my face while riding in a car. That initial burn triggered my sensitivity to sunlight. Not knowing what I was in for, I nevertheless treated for Lyme disease for four years, using many different antibiotics. In 2007 I went off them, hoping my phototoxicity would go away once I stopped the drugs. Instead it persisted, and eventually became even worse, the worsening always triggered by light. At first only sunlight burned me, but in 2010, I had to take a few days of antibiotics and regular room lights started to burn. By the time I heard about Anna in late 2016, I was living completely in the dark, with blackout fabric over all my windows and my house so dark I couldn’t see my hand in front of my face. It would take me months to recover from an accidental flick of an untaped light switch. I used flashlights modified to be dimmer to navigate daily life, and had been completely housebound for seven years. When my family mentioned stories about someone who had recovered from an illness, I rolled my eyes and struggled to be polite. When I heard about Anna, however, I was interested. My husband, who had also experienced a milder case of phototoxicity from antibiotics, dutifully looked her up and discovered she had a blog where I could contact her. So I strapped on my several layers of dark face masks and went to my computer with the monitor covered by four layers of dark films. Using my few precious minutes of light, I looked up her book and took a sneak peek at the first page.

When I saw the first line, “It is extraordinarily difficult to black out a room,” and then went on to read about her contortions with blackout fabric, my interest deepened. Other accounts about photosensitivity typically sounded different from mine. They did not seem to describe the levels of darkness I required, but they also spoke of other symptoms like rashes and fatigue as a result of being exposed to light. I, on the other hand, only experienced the deep sunburn-like burning, and my fatigue did not seem linked with light.

I left a comment on Anna’s blog and bought her book. I wasn’t sure I wanted to read it. It was too close to home. The first few pages made me cry. But it was wonderful! Here was someone describing my experience, but so much more eloquently than I ever could have. We shared so much. I too consumed massive numbers of audiobooks. I too had attempted to knit blindly without success. I too had developed a love of words games to keep sane. Anna also responded to my plea for help.

She called me, and we chatted, her with her lovely British accent, and me feeling like a twangy American, and she put me in touch with her J. I had read Anna’s blog, so was already learning about a low-histamine diet and after contacting J began reading by flashlight about mast cell activation disorder (MCAD) in “Never Bet Against Occam,” by Dr. Lawrence B. Afrin. Mast cells are responsible for releasing histamine, and there is a spectrum of disorders in which they can become inappropriately activated. I had never heard of histamine intolerance or MCAD before, but once I was aware of them, I noticed here and there a mention of MCAD linked with Lyme. I had already done genetic testing and knew I had problems methylating, but when I tried supplements to support those pathways, they all exacerbated my other symptoms. This was generally true of my prior attempts to recover. I had grown so sensitive to pharmaceutical drugs and supplements, I was never able to pursue the treatments my doctors prescribed without getting worse. Nothing improved my light sensitivity. It felt like banging my head against a brick wall.

I started the low histamine diet and histamine-reducing probiotics. I also tried antihistamines and diamine oxidase, or DAO, an enzyme that breaks down food histamine, but in the beginning even a sprinkle of DAO caused a Herxheimer reaction. (If you come from the world of Lyme disease, you are familiar with Jarish-Herxheimer reactions, where you experience a worsening of symptoms due to the toxins created from die-off of the bacteria.) My husband happened upon a supplement called Neuroprotek that is a mast cell stabilizer (see reference below). Between the diet and probiotics and Neuroprotek, I was able to get back onto the computer regularly, and this opened up new avenues for me. I found a new doctor who began treating me for MCAD and diagnosed me with mold illness. His expertise is in patients who have become hyper-sensitized like me, and he has observed, along with other doctors, that Lyme and mold illness can trigger a “secondary” form of MCAD that is a bit different from what is described in Dr. Afrin’s book. He also started me on a neuroplasticity therapy to treat a maladaptation in the limbic portion of my brain due to the endo- and mycotoxins from Lyme and mold, and I have found it to be very helpful in my journey back into the light.

As for that journey, I started with ten seconds per day of exposure to a red light bulb. (Red light is the furthest from UV in the visible range of the electromagnetic spectrum, and thus the least likely to cause skin burning). I bought “party” light bulbs of different colors and with a dimmer switch worked my way up through the color spectrum. In December of 2017, I was very excited to have a string of Christmas lights. I screwed in more party bulbs and upped their wattage. I began to open my blacked-out window shutters a minute earlier every day. I cried from pure joy the first time I saw the sun again (while listening to The Cure). I hadn’t seen the sun in fourteen years. And I have had many other crying-from-happiness moments along the way.

Today, the lights are back on in my house, and I am blackout fabric-free. I’m able to go for sunset walks in the park, a little earlier each day. I have been eating out for dinner like mad and going to concerts, movies, and plays, and reconnecting with old friends. I can see my family again. I can see again. Like Anna, I experienced the mix of joy and wariness at seeing myself in the mirror for the first time in seven years. I have been caught several times by my neighbors dancing in front of my windows. I have also finally met my neighbors after living in my house for five years without ever having been seen. They probably suspected my husband of making me up! I think I will never tire of looking at the sky.

It is somewhat surreal to think back on myself reading Anna’s blog for the first time while all covered in darkness, and to be writing a guest post for her now, a year and half later with sunlight all around me. Words cannot express how grateful I am to her and the J’s…. I can say this, though—finding “Girl in the Dark” changed my life.

Resources I found helpful
For MCAD and histamine intolerance:
– “Never Bet Against Occam: Mast Cell Activation Disease and the Modern Epidemics of Chronic Illness and Medical Complexity,” by Lawrence B. Afrin M.D.
– “What HIT me? Living with Histamine Intolerance: A guide to diagnosis and management of HIT – A patient’s point of view,” by Genny Masterman. (Recommended by Anna in earlier posts.)
– www.histaminintoleranz.ch/downloads/SIGHI-Leaflet_HistamineEliminationDiet.pdf
– https://drruscio.com/mast-cell-activation-syndrome-clinician-researcher-dr-lawrence-afrin/
To read more about neuroprotek and MCAD, see
– http://www.mastcellmaster.com/
– www.ncbi.nlm.nih.gov/pmc/articles/PMC3314669/

For Lyme and Mold:
– https://www.betterhealthguy.com (He has blogcasts you can listen to. Of note are “Mast Cell Activation Syndrome with Dr. Jill Carnihan, MD,” and “Mast Cell Master with Dr. T.C. Theoharides, PhD, MD.”)
– http://www.neilnathanmd.com/events/ (He has radio show archives that you can listen to.)
– http://lymemd.blogspot.com/2015/06/mast-cell-activation-disorder-mcad-new.html
– “Mold & Mycotoxins: Current Evaluation and Treatment 2016,” by Neil Nathan. (For a printable PDF version, contact the author.)

For Limbic Impairment:
– https://retrainingthebrain.com/
– “Wired for Healing – Remapping the Brain to Recover from Chronic and Mysterious Illnesses,” by Annie Hopper.

For software that cuts down the amount of blue light on your computer monitor:
– https://justgetflux.com/