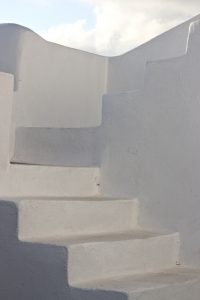 One morning in June 2016, we get in the car in Hampshire and Pete drives up the motorway towards central London. The journey takes 2 ½ hours – most of that time spent crawling in traffic from the Hammersmith flyover.  We drive slowly along the river in intermittent rain and I squeak with excitement as I spot landmarks from my previous life – the Tate Gallery, Millbank Tower, the Palace of Westminster, Hungerford Bridge – and marvel at the cranes and new apartment blocks now canyoning the Thames.  It is a significant day in many respects: 23 June.  We spot the Labour Remain Battle Bus, and ‘Independence Day’ posters.
Finally, I’m in the hospital and I’m talking to the consultant I haven’t seen for 10 years.
He is most interested in the histamine approach that has led to me being well enough to come back to the hospital.  In his view my extreme skin burning in response to light with no visible sign would be classified as a type of cutaneous dysesthesia, a group of conditions characterised by very severe neuropathic pain sensations (including intense burning, itching and pain) – i.e. nerves responding inappropriately in a variety of ways.  In some people this happens without particular triggers, in others there are triggers such as light, heat or touch.  This is a developing area and this group of disorders is not yet fully understood; the current conventional treatment for such cases would be a drug such as Gabapentin, which is prescribed for neuropathic pain, and referral to a Pain Clinic.  Given the success I’ve had, and the continuing upward trend, we agree it makes sense for me to continue doing what I have been doing, but bear the alternative approach in mind if things should become worse again.
Now I know, however, that I’m not the only burning person out there; that, actually, we are acknowledged by orthodox medicine, if not yet fully understood; that we have a name.